To see our Manifesto on Privacy check out the video below 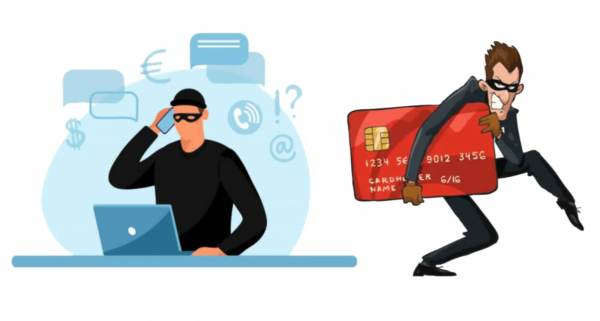 We are all entitled to our personal data being protected but we are also responsible for where we publish our personal data. If we publish our data on social media website likes Facebook, we are automatically consenting that the data is free and available for anyone you give access to your social media page. Few people realise that minors have very few data protection rights, yet many are using social media as minors. We therefore would make the understanding of privacy laws mandatory in our education system.

GDPR, although necessary in principle, has placed a huge burden on small companies and has legally armed every citizen for litigation. The spirit of GDPR was to have stringent rules in place in the hope of controlling large abuses of data privacy with large media companies such as Facebook and Google. The rest of the industry should not have to suffer the cost of GDPR, just so regulators have a tool to apportion huge fines to the media companies. NONPOL would reduce the overall GDPR requirements to be fit for purpose for small companies and focus on specifics for the larger companies. As with our tax model, all supper companies (those earning more than £5 billion globally per year) would have stricter standard to conform with. The rest of our privacy laws would be streamed, so that small companies would have less controls to comply with. Streaming could be based on the number of personal records a company stores, the more records stored the more stringent the controls. Besides being a fairer model, it would encourage firms to delete records if they are close to a higher level.

One area we would be stricter on and provide special guidance is with the medias use of personal data. There have been many instances in recent years where media have abused personal data to attract readers and have lost some high-profile lawsuits. Not everyone has the funds or capacity to sue the media, so we want to make it a fair playing field, whilst also falling in line with Privacy laws. The emphasis is that these are LAWS not just guidance. We believe each person has the right to know where a company has got your data from. Although this is already established in law, it is often ignored. We all have nuisance calls where people call knowing our details and try to sell us something. If challenged on where they got your data from, they are vague or give a deceitful answer. We would hugely increase these fines to stop this activity.  We also get companies calling us asking us to confirm our identity before they proceed, such as banks, however they never confirm their identity. This approach is now being used more and more by scammers to get your personal information. NONPOL would provide a verification portal where any company that requires a person to verify themselves is listed with the appropriate number. When a company wants to contact you, they point you to the government portal and give you a 4-6 digit reference code. You then call the number from the government portal, quote the code and then you know you are speaking to the correct person, and they know why you are calling. We would also provide public information services on mainstream TV and websites to explain how this works.

The other radical control we would impose is a newspapers source. Many newspaper articles state a source as providing the information. In the past they have protected their sources, giving them a lot of flexibility to publish incorrect information. Their protected source policy has effectively protected them from interrogation. NONPOL would enforce the Privacy right of them having to disclose who has provided information about an individual. Privacy laws require that data on an individual is 100% accurate.  By not allowing sources of information from being anonymous or protected by the media will hold the media to better privacy compliance.

One other radical area of privacy that NONPOL would introduce is to prisoners. When you go to prison you lose your freedom. We also believe you loss you right to privacy. Data about you must be accurate but you no longer need to consent to how and where it is published. Furthermore, besides losing you freedom, whilst in prison you lose many other rights, such as your right to vote. Criminals should not have a say in our constitutional systems as they chose not to abide by them.

We would work with countries that have high levels of scamming, such a Nigeria, and unless there is cooperation or harsh penalties for their scammers, we would apply sanctions to that region. NONPOL would set up a new division that worked full-time, with access to deep resources, to stop the public from being scammed or hacked. We would also name and shame the scammers to make local societies aware of them, like the sex offence register. Any person incarserated would loose all their privacy rights and pay back any monies their victims have lost. Where the money has gone missing the jail term would be extended.

Reference 1 – What is GDPR